You are here » News

« We have special thoughts tonight for all our friends, be them competitors, marshals, volunteers, partners or elected persons, who are impacted by this cancellation », says Christian Tornatore, the General Commissioner of Automobile Club de Monaco (ACM). «However, we really had no other choice available », he added, « since the current situation does not allow to organize this regularity competition in its usual friendly and festive spirit. Since the DNA of the race is not guaranteed any more, it would be unreasonable to organize it without answering the usual expectations of the competitors … »

The Automobile Club de Monaco (ACM) sincerely regrets this decision which slowly became inevitable, despite all our efforts and the efforts of our partners, due to current sanitary rules.

Caithness to the Côte D’Azur

Many excellent books have been written about the Monte Carlo Rally but despite the fact that the first British winner started the rally from Caithness in 1926, the Scottish connection during the pre war years has been largely overlooked. This may be due to the lack of an overall winner from among the John O’Groats starters in subsequent years because of the complex scoring system which made it virtually impossible for them to achieve outright victory. However it was still a considerable feat to complete the non-stop journey from the north of Scotland to the south of France in the depth of winter.
The cars were not the specialised racing machines of today - most were identical to the models which customers could buy from the showroom. Many instances of resilience and achievement were shown by more than 200 competitors who started from Caithness in the years up until 1939. Those men and women who took up the challenge of the ‘Monte’ have ensured that John O’Groats has a special place in the history of the most famous rally in the world.
This book is a tribute to the skill and determination of the drivers and brings the story up to date with the return of the Monte Carlo Classique event to John O’Groats in 2016. 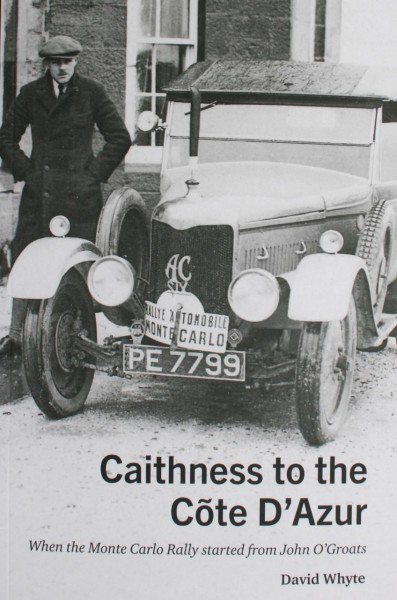